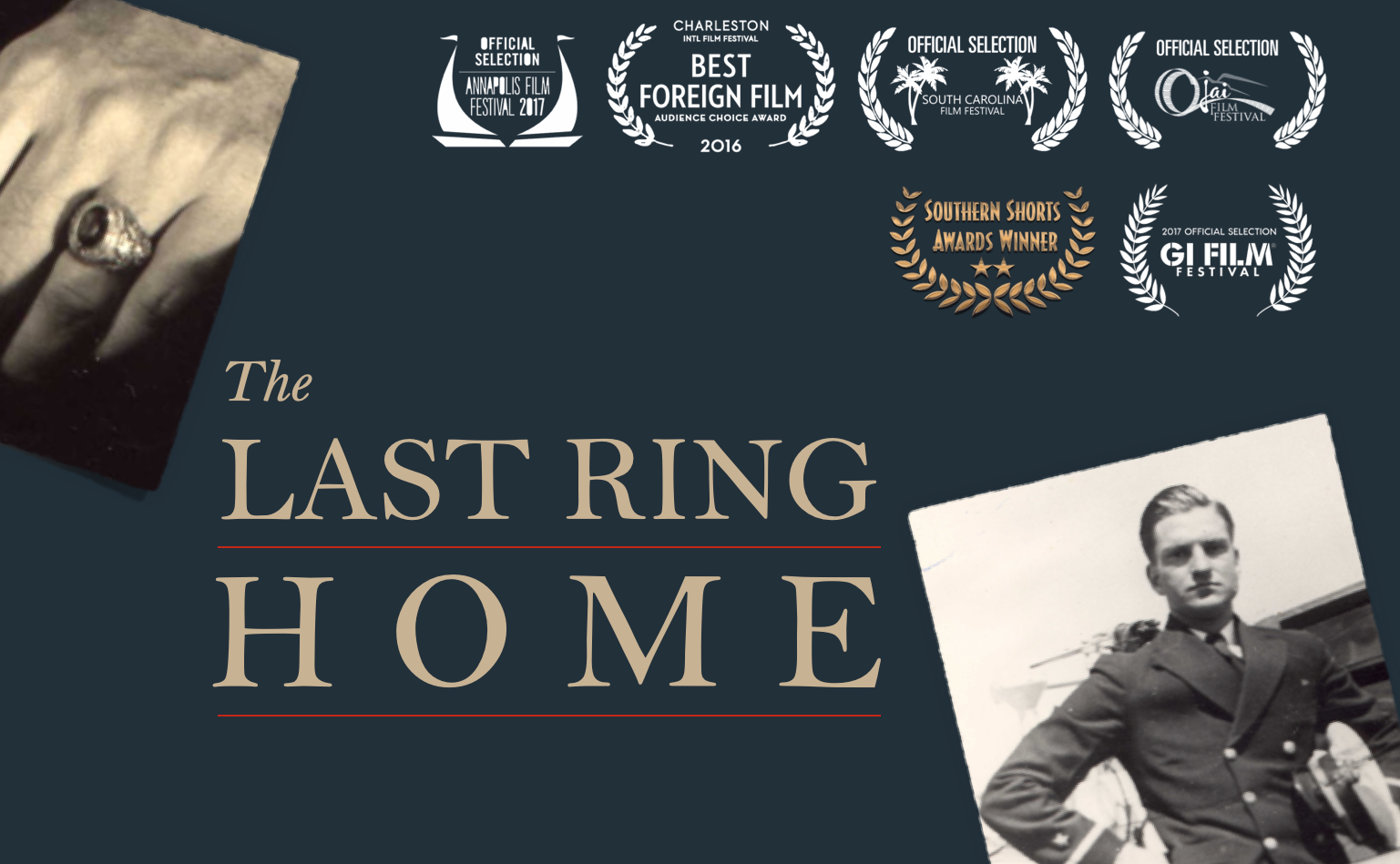 Screening of The Last Ring Home with the producer and writer of the award-winning documentary film and book. Hosted by Ed Jennings (Royal Marine) with Minter Dial, grandson of Lt Minter Dial USNA ’32.

The Last Ring Home is the true story and award-winning documentary film of a WWII hero, Lt Minter Dial, who won the Navy Cross, and whose life was cut short in January 1945. Son of a senator and married to an aspiring actress, Dial became a Navy officer, captaining the USS Napa at the outbreak of war. Captured at Corregidor, he survived over 2 and a half years as a POW of the Japanese, only to be killed in the most gruesome of circumstances. His last wish was to have his Annapolis ring returned to his wife. But it took 17 more years for that wish to be fulfilled. The Last Ring Home documents the ring’s magical journey and the impact that it has had on so many people along the way. The film, which has won numerous awards, has been shown on national television in North America (PBS), Australia and New Zealand (History Channel).

The event will feature the screening of the film as well as a talk and Q&A with the filmmaker.