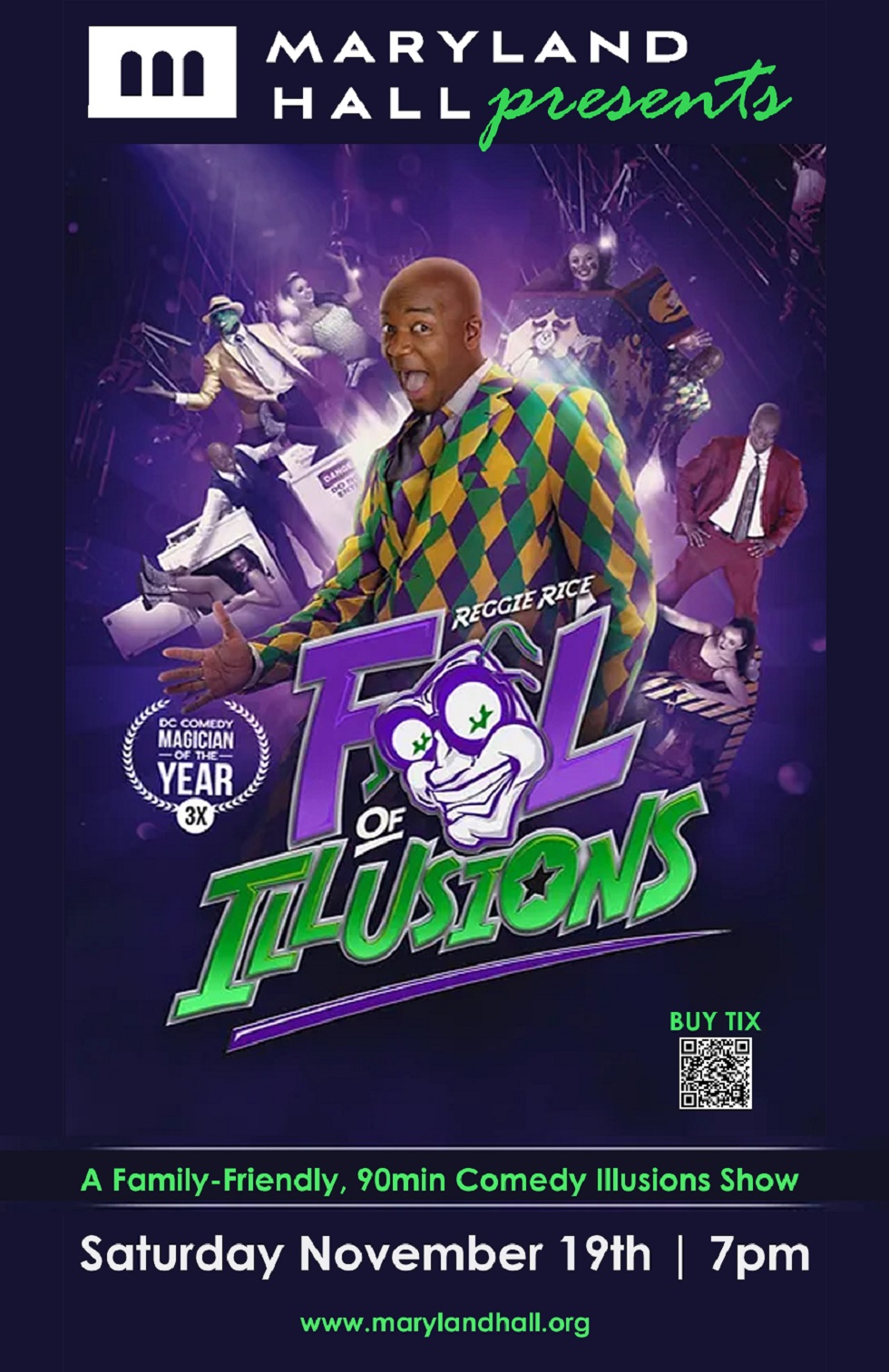 Strap yourself in for mind-blowing magic and hilarious comedy illusions! Magician Reggie Rice uses the art of illusion and comedy to teach the true power of the magic of laughter in our everyday lives. To do this the actor-comedian uses storytelling to take his audiences along on an adventure into his wild imagination. His full 90-minute touring theatrical production, Fool of Illusions, features a unique combination of his own grand illusions, music, audience participation, amazing magic, and hilarious comedy has people calling him truly a one-of-a-kind entertainer. An event enjoyed by the whole family.