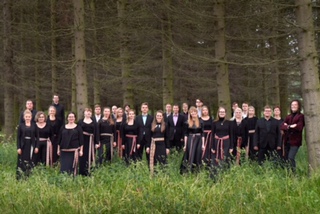 The renowned Estonian choir, Collegium Musicale, will perform a free concert.
The program will begin with the United States premiere of “For Ukraine.”
The choir’s repertoire features Estonian composers and extends from renaissance to contemporary music, including operas.
The choir has performed in the Czech Republic, Finland, France, Greece, Israel, Italy, Japan, Lebanon, Malta, the Netherlands, Poland, Russia, Spain, and Ukraine.
Since its founding by conductor Endrik Üksvärav in 2010, Collegium Musicale has won the European Broadcasting Union’s “Let the Peoples Sing” competition, been selected as the Choir of the Year in Estonia three times and has been presented the Music Award of Estonian Cultural Endowment. Conductor Endrik Üksvärav served as the conductor of the Estonian Song Festival directing a choir of 20,000 singers to an audience of more than 60,000.
The free concert is sponsored by World Artists Experiences in partnership with the Embassy of Estonia. WAE is a non-profit organization which bridges international understanding through citizen and cultural diplomacy. For additional information see the WAE website at www.WorldArtists.org or email [email protected].